As the finish line approaches, the soundThe Top 5 of Season 21 took to the stage Monday night with hope He finds his way into the hearts of viewers. You already know who I think is lock to win. If you don’t, voila! Was this business still the hot favorite after the contestants had all gone through their upbeat and upbeat numbers? Read on, and we’ll discuss…

Hailey Mia (Team Kelly), “deja vu” – Grade: B- | For her number one debut, the former Ariana cast member once again engaged to Olivia Rodrigo, this time while supporting dancers fight behind her. And while the 14-year-old started out strong—balanced and vocal, equally beautiful—as the song gained traction, it did get a little mellow, taking a tune here and there. However, the way she turned falsetto was cool as hell, she sang with confidence and looked like at least attempt to own the stage. She’ll slay when she’s fully grown into her talent.

Paris Winningham (Team Blake), “Me and Mrs. Jones” – Grade: B | After tearfully dedicating his lyric to his song “No. 1 Inspiration,” his father, Paris kicked off a cool and easy demo of the golden old game that kept looking like it was going to really take off…but it didn’t quite leave the ground. His performance was a lot of fun, sure, but it’s unlikely to make him a major contender for the win. Despite a few nice big notes, it simply lacks the fireworks that caught our attention and astounded us in the first place. Maybe he was saving his guard for song #2?

A girl named Tom (Team Kelly), “The Chain” – Grade: A | In terms of their uptempo number, the first-ever trio to make it to the finish not only showed off the tight harmony that kept them leaders throughout the competition, but both siblings took a turn in the spotlight, with more Becca belts than ever heard. (I nailed it, by the way, except for perhaps the last big note I went to; which got a smidgen, “Erm…”) If the trio had been hard to beat before, this might make it impossible to beat. 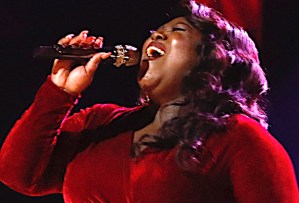 Gershika Mabel (Team Legend), “I’m Going Down” – Grade: A | Before she followed in Katie Kadane’s footsteps and took on the blow of Mary J. Blige, Gercica dedicated her performance to the church community that believed in her. And how proud they were. Against the background of the sitting room, she unleashed one rich and powerful note after another, with subtle lines as she was drawing them in the air. And her presence on stage – damn it! Healy this is How does one own theatre? Jershika delivered this performance with every inch of her body. great.

Wendy Moten (Team Blake), “How will I know?” – Grade: A | Wendy must give credit: It makes covering Whitney Houston seem as easy to her as misspelling the contestant’s name to me. Here, her voice rose, rose higher and then I’m sure her voice had exploded all the way into space. Had it not been for the cheers in the background, she would have convinced me we’re listening to a well-mixed recording. she was who – which Hassan. And as an added bonus, she seemed to enjoy it. 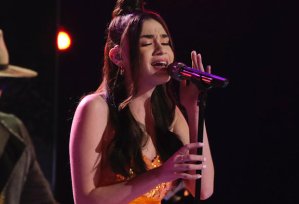 Hailey Mia (Team Kelly), “idn’twannabeyouanymore” – Grade: A+ | Excuse me. Hailee graciously dedicated her Billie Eilish cover to all the little kids who were struggling to accept themselves. What a performance! From the word “go,” she sang with amazing clarity, transitioning from tenderness and whisper to strength and liveliness. On top of that, her performance was so meticulous that by the time it was over, I had to wonder if there was anything that could be done for a note she didn’t. Forget what I said about Hayley entering her country. I’m a fool. The child has received it.

Paris Winningham (Blake’s Team), “Nobody” – Grade: C | Oh, that was tough. We all know Paris is a singer to kick. Here, however, there were only flashes of his grandeur. Mostly, it looked like he couldn’t stay or stay on the field. It was a blast, as always, as he unleashed his rough howl. But even that wasn’t enough to save this mess. Fourth place is, I think. 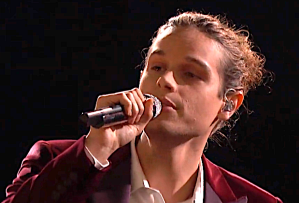 A girl named Tom (Team Kelly), “Baby, now that I’ve found you” – Grade: A | The Leche brothers dedicated their song to each other in such an honest way that half of the parents should have watched as they turned to their kids and go, “Why can’t you talk to for you A brother/sister like that?!? As for performance, it was great, perfect, and snuggly like a fuzzier blanket. I’ve read complaints that say “Oh, GNT does the same thing every week,” but when it’s “same” who – which serious, who – which bewitching, who – which Kamel, why did he change on the ground?!?

Jershika Maple (Team Legend), “Rolling in the Deep” – Grade: A | As much as I like Hailey tonight, as much as always good as Wendy, as much as I love GNT’s voice… my heart really goes to Jershika. She’s so strong and not appreciated that much (had to sing Twice for immediate preservation). On her cover Adele gave it everything and then some, as she performed with a volcanic and ferocious force that caused the water to vibrate in Kobe. It wasn’t a flawless performance, no, but great. she. It took. we. over there. (Well, me, at least.) 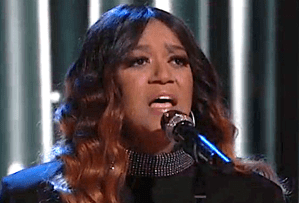 Wendy Mutin (Team Blake), “Over the Rainbow” – Grade: A + | dedication wizard of oz A classic for Memphis and Nashville, her hometown, Wendy gave a flawless performance (for her, anyway). It went from as thin as a sunbeam to as huge as an entire dreaded rainbow. Just a massive sound. I honestly have no idea anymore who will win. GNT is flawless. Gershika make me Wants her to win hard. But after a performance like that, shish. How can wendy Not Wins?

So, your expectation? Vote in the polls below, then answer in the comments.